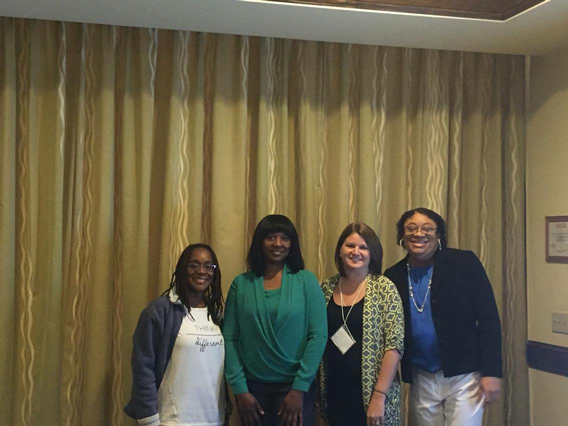 I did it! I completed my FIRST 3 day live event! Even though it’s been about 2 weeks since it happened, I’m still in awe that I did it. I’ll never forget when I set the date for Facebook Empire Live back in February 2015. I was so scared even though it was more than 1 year away. At the time, I had no idea how I would do it or even where the people would come from. But with some strategic planning, I was able to pull it off! And now, here are 5 things I learned from being an event host. As much as I would love to say there were things I could’ve prevented beforehand, most of these lessons I wouldn’t have learned if I didn’t host my event in the first place.

1) Having The Right People In The Room Is The Key
For my first event, I had only 2 attendees. Was I disappointed at first? Of course! But after the first day of Facebook Empire Live, I couldn’t be more happier. I had the RIGHT people at my event. I’d rather have 2 of the right people at my event then 10 of the wrong people. My attendees asked the right questions, had one on one time with me, and even left with an implementation plan to help them build their business using Facebook. They wouldn’t have had all of my attention if there were more people in the room and that was ok with me. I served them deeply during those 3 days and it felt great!

2) You Need Support, No Matter How Many Attendees You Have
I’ll admit that when I found out that there would be a handful of people at my event, I thought twice about bringing my Virtual Assistant, Emily, to the event. If there’s only 5 or less people, I can handle it myself right? WRONG! I had so many things to think about being an event host such as ending the sessions on time, delivering the event content, and a bunch of other things. It was so worth it to have Emily at the event with me to give support to me and my attendees. When you host an event or a workshop, it’s always great to have support. It doesn’t have to be your assistant, it can be a volunteer or a good friend to help you. The lessons learned here is not to do it alone. 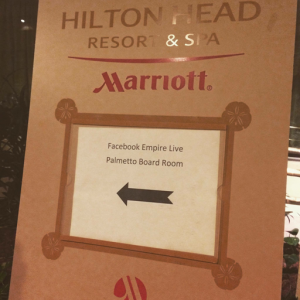 3) You Can’t Plan For Disaster
This goes hand in hand with the fact that you need support at your event. You’re so busy being an event host that you don’t have time for the disasters or the other things that come up. For instance, the hotel double booked our lunch room on the last day of the event. Unknown to me, my assistant handled the whole ordeal. She had the hotel serve us lunch in their vacant ballroom at no extra charge since it was a mistake on their part. Oh, and did I mention that some of my workbooks broke? Thank goodness my assistant spent the time putting them back together for me and the attendees. These are things you don’t plan for, they just happen. I don’t even want to think about all of this happening if it was just myself running my event.

4) Having The Confidence That I’m Worth It
On that first day of my event, I couldn’t believe that people traveled just to learn from me for 3 days. Why me? What can I tell them that they don’t already know from working with me? Well, plenty! For instance, we had a social media content lab where attendees spent 90 minutes creating 30 days worth of social media content and blog posts. My attendees had time during the event to plan out their first Facebook Live broadcast and did it at the event! In 3 days, my attendees had breakthroughs, a clear direction in their business, and how Facebook could play a part in their business vision. That’s something that could have only happened at an intimate event with one on one attention. That is what made Facebook Empire Live worth it and I was worth it.

5) A Win Is A Win – No Matter How It Happens
I’m one of those people that never truly acknowledges their wins (I know that’s a bad practice, but I’m getting better at it!) because I’m constantly moving on to the next thing. After Facebook Empire Live, I tried to move on to the next thing in my business but I just couldn’t. Something about the whole process and seeing it come to life made me pause and say “this is a win”. It WAS a win and a big one! Many entrepreneurs never get the courage to host their own 3 day live event and here I was hosting my own. I had gotten so many phone calls, Facebook posts, and text messages from other colleagues asking me how it went and wishing me good luck. I was so shocked at how much encouragement I received and how others were proud at what I had accomplished. It finally sunk in that this was a win no matter what the results were. I did it!

So, those are my lessons from my first 3 day event? What’s holding you back from having your first event? Comment below and let me know!

Leave a Reply to KR Design

Click here to cancel reply.
« How I Got Over 21,000 Hearts in 1 Periscope Broadcast
10 Ways To Promote Your Business On Facebook »